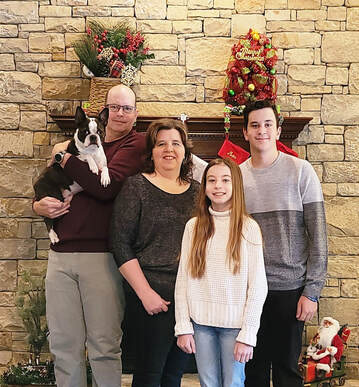 Jeff Dillon started Designer's Ink Graphic & Building Designs, LLC back in 1993 in Stillwater, Oklahoma.  As the son of a building contractor, he has been designing homes since the age of 14.  He has worked on residential projects ranging from very small additions to 22,000 square feet showcase homes.   He has also worked on numerous light commercial projects including laundromats, pharmacies, banks, office buildings, retail stores, history building remodels and industrial labs.

Jeff is married with two very active children.  He grew up in North Little Rock, Arkansas, but he has made Stillwater, Oklahoma his home since 1992 when he started attending Oklahoma State University.

You can reach Jeff via e-mail at jeff@designersink.us 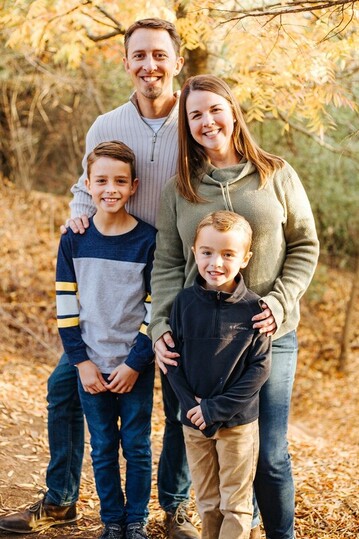 ​He has served on the Board of Directors for the Stillwater Home Builders Association, and he also holds a degree from Oklahoma State University in Graphic Design.

Kevin is married with two young children, and he enjoys hunting and playing golf when he is not working.

You can reach Kevin via e-mail at kevin@designersink.us

Jennifer Harrison joined the Designer's Ink team in 2020.  Before joining the team, she owned and operated HFourDesign Co for three and a half years.  She also is a Realtor and worked with several home builders in New Home Sales in the Tulsa Area.   She attended Rogers State University.

Jennifer is married with four children and enjoys spending time with her family and going to dirt bike races.

You can reach Jennifer via e-mail at jenn@designersink.us

Ruby Quinn has been with Designer's Ink since January of 2019.  She attended Meridian Technology Center's Architectural Drafting Program where she became an Intern with Designer's Ink.  After completing her internship, she was hired as a Drafting Specialist where she works with our Designers to complete technical drawings and construction documents.  Ruby is an award winning dancer and dance instructor and is currently attending Fort Hays State University to pursue a degree in Interior Design.

You can reach Ruby via e-mail at ruby@designersink.us

Sarah Trezise began working with Designer's Ink in July of 2019.  She is a graduate of Meridian Technology Center's Mechanical and Architectural Drafting programs.  She interned with Designer's Ink while finishing her certifications at Meridian Technology Center before being hired upon graduation.  Sarah works with our Designers to complete technical drawings and construction documents.

You can reach Sarah via e-mail at sarah@designersink.us

Lexi is a Boston Terrier who specializes in long naps and occasionally barking at people as they walk by the front door of the office.  She has been our Head of Security since moving into our new offices in January of 2019.  When not sleeping, she enjoys chasing Kevin around the office and ensuring no food gets dropped on the floor which needs immediate clean up.  She is always on the lookout for any cats which may walk by our front glass door.

Lexi can be reached at lexi@designersink.us